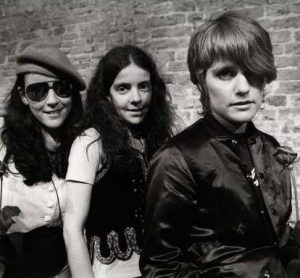 Sadly and ironically, singer/songwriter Maggie Roche passed away on Saturday, the day of the worldwide Women’s March. She was 65. The cause was breast cancer. Her death was announced by her sister Suzzy in a Facebook post.

The oldest of 3 musical Roche sisters, including Terre (“Terry”) & Suzzy (“fuzzy”), Maggie was known for her songwriting and unusual contralto voice.

Working together starting in the late 1960s, Maggie & Terre sang harmony on Paul Simon’s There Goes Rhymin’ Simon in 1973 and gained attention with their 1975 album Seductive Reasoning.

In 1976, Suzzy joined her sisters to form The Roches. Their Robert Fripp-produced debut album (The Roches, 1979), a masterpiece of vocal harmony, became the most-played LP at Durham’s WDBS-FM upon its release and was No. 1 on The New York Times list of the year’s best albums.

During the late 70s and 80s, the trio made several memorable appearances at The Pier in Raleigh and Cat’s Cradle in Chapel Hill.

The Roches worked actively as a trio through 1997 (1990’s Christmas album We Three Kings became a cult favorite), when the group was put on long-term hold. They continued to work on solo projects and collaborate on albums & performances, and reunited as a recording and touring group between 2005-2007. Since then, they’ve made occasional appearances individually and as a group, mostly in and around New York City.

“Underneath the Moon” – Maggie & Terre