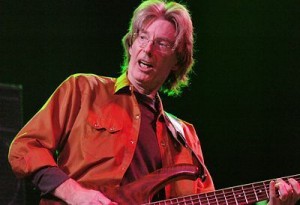 Lesh has been busy recently at his Terrapin Crossroads music venue in San Rafael, CA, with Phil & Friends and his recently-formed band Communion. Lesh is leading a twice-a-month series of concerts at Terrapin Crossroads throughout 2015 to celebrate the 50th anniversary of the Grateful Dead.

He is also scheduled to play with Communion at the May 14 “Dear Jerry” Garcia tribute at Merriweather Post Pavilion in Maryland and at the Grateful Dead’s “Fare Thee Well” shows July 3-5 at Chicago’s Soldier Field.