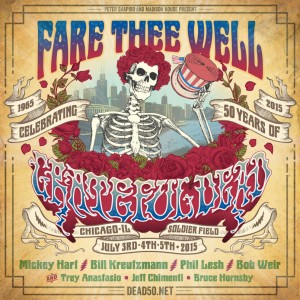 To commemorate the band’s 50th anniversary, surviving members of the Grateful Dead will reunite for 3 shows, July 3-5, at Chicago’s Soldier Field, site of the final Grateful Dead concert with Jerry Garcia on 07/09/95.

GD members Bob Weir, Phil Lesh, Mickey Hart, and Bill Kreutzmann will be joined by Phish frontman Trey Anastasio on lead guitar, Bruce Hornsby (who frequently sat in with the band in the 80s and 90s) on piano and Jeff Chimenti (of RatDog and post-Grateful Dead bands The Dead and Furthur) on keyboards.

A tour following the Chicago shows appears unlikely. According to Weir, “These will be the last shows with the four of us together.” The band reportedly rejected a $3 million offer to headline this year’s Bonnaroo festival.

Tickets will be available to fan club members on a first-come, first-served basis from February 9-11, with a local public presale Feb. 12-13 and a general public sale starting Feb. 14.

“More than 60,000 pieces of mail — many in envelopes elaborately decorated by hand — poured into the post office at Stinson Beach last week from Grateful Dead fans around the world hoping to score tickets to the band’s three farewell concerts.

” ‘The artwork was just incredible,’ said post office clerk Mark White. ‘If you look at the detail, you can tell they spent many hours working on these letters just so they would have a better chance at getting the tickets.’

“The overwhelming number of ticket requests prompted the band to cancel its other presale plans, which were scheduled to roll out early next week.”

“Already, (the Dead’s ticket office has) fielded requests for more than 400,000 tickets. For each of the shows, where the Dead will be joined by Phish’s Trey Anastasio, Bruce Hornsby and Jeff Chimenti, Soldier Field can hold about 61,500 people. (On Friday 02/13), with envelopes still unopened, concert organizers postponed an online ticket sale planned for the second week of February, and pushed back the start of sales on Ticketmaster to Feb. 28.

“For those who don’t get tickets, the producer of the Chicago shows is looking into how fans around the world can experience the Grateful Dead without being there. ‘We’re hoping to do cool things for people who can’t get a ticket [and] enable people to experience it in their own way,’ said music impresario Peter Shapiro, who is producing the concerts.”

Read the full article, with photos from the Dead’s ticket office, here.

Ticket update from the Dead here.

The Grateful Dead organization today informed fans via email about the status of the mail order ticket sale for the Chicago shows. An excerpt:

“There were many, many times more order requests than anyone imagined, thousands and thousands with beautiful art. We are trying to let as many folks as possible know their status before the on-sale date. Emails will go out to the winners starting in the next two days. Your chances of receiving tickets from us are 1 in 10, so if you have not received a winner’s email from us by the on-sale date, you may want to consider on line ticket sales to increase your chances.

“Tickets will be mailed out in June.” 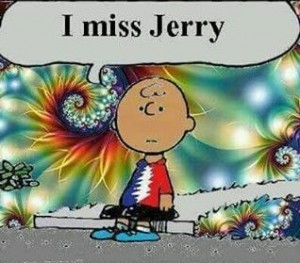 The previously-delayed Ticketmaster sale for the “Grateful Dead’s farewell shows” in Chicago occurred Saturday 02/28, with tickets for all 3 shows selling out in an hour.

Confirming predictions made on the video posted below on Soundstreet.us, Forbes reports: “The Fare Thee Well shows have already seen huge demand on the secondary market as well, with a ticket average reaching upwards of $2,000 each night between July 3 and 5.” 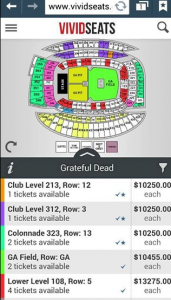 An agent at (secondary market seller) StubHub said, “I’ve been doing this nine years, and I would say this is definitely the biggest (concert ticket sale) I’ve seen. By far. By far.”

“Thank you to all of the Deadheads for the amazing support that you have shown for the Fare Thee Well shows in Chicago! This morning you broke Ticketmaster’s on-sale record when nearly half a million of you queued up to buy tickets. If you do not have tickets, please know that we are working on various ways to help everyone experience these shows in a way that will help you share this special moment with us. Stay tuned, and thank you for showing your love, we feel it!” (Emphasis mine – SH)

Ladies and Gentlemen, not the Grateful Dead