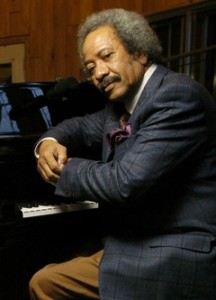 His jaunty, piano-centric style, along with that of Professor Longhair, a musical father-figure to Toussaint, helped create & popularize a sub-genre of New Orleans music. A wealth of songs written, co-written and/or produced by Toussaint significantly influenced New Orleans artists like the Meters and have been covered by and influenced other popular artists ranging from Robert Palmer & Little Feat to the Rolling Stones, Eric Clapton & Elvis Costello and NC favorites Joe Bell & the Stinging Blades. In person off-stage, Toussaint remained a humble and stately figure, making time late into his career to talk with fans who reveled in the pleasure his company.

The Glorious Music of Allen Toussaint

“Life is a Carnival” for Levon Helm