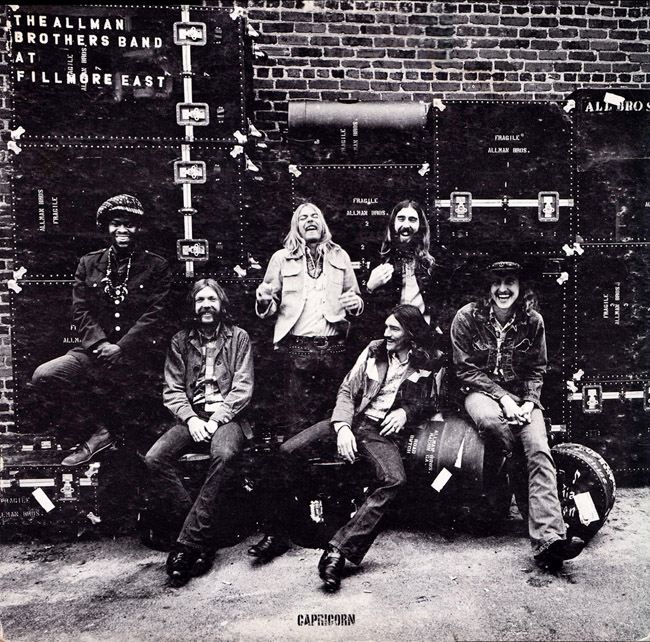 “Forty-five years ago, on March 11th, 1971, the Allman Brothers Band took the stage at Bill Graham’s vaunted Fillmore East Theater in New York for the first of a series of shows that are among the most celebrated in rock history.” (RS)

Nice article with interviews commemorating the event in Rolling Stone. Read it here.

And an interesting history of the album’s cover photos here.

The article mentions that the Allmans weren’t billed as headliners (that changed after night one). At the show I saw the previous month (02/05/71 at the Spectrum in Philly) the lineup was Cowboy, Little Richard, Allman Brothers, Chambers Brothers. Little Richard refused to play before the Allmans, then interrupted “Elizabeth Reed” twice before being removed from the stage.