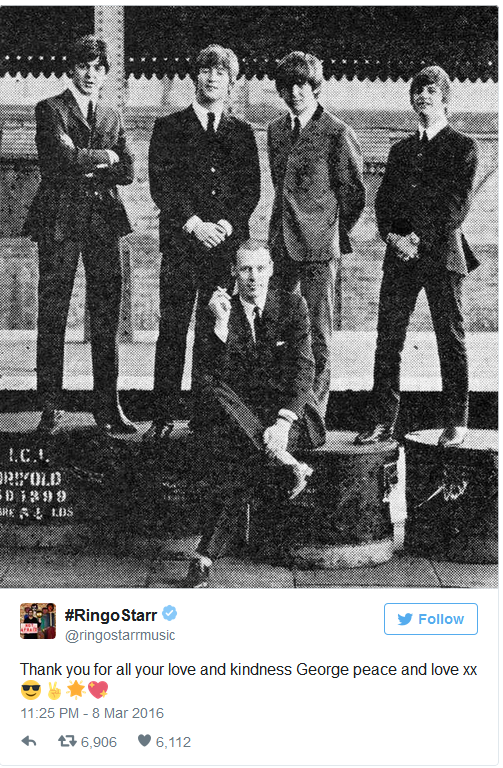 Sir George Henry Martin, who produced and arranged the Beatles’ recordings from 1962 to 1970, has died at age 90.

Often referred to as “the Fifth Beatle” because of his extensive involvement on each of the band’s original albums, Martin is considered one of the greatest record producers of all time. He signed the Beatles to a label contract when no one else would, produced virtually all their songs and introduced strings & lavish arrangements into their recordings. In addition to scoring orchestral arrangements, Martin often performed on them, playing instruments including piano, organ and brass.

In 1994-95 he oversaw post-production of the Anthology albums, using an eight-track analog mixing desk, which he felt had a truer sound than its modern digital counterparts.

In 2006, Martin and his son Giles undertook an ambitious remix of Beatles material for Cirque Du Soleil’s joint venture with Apple Corps. The result was the Love album, which contained extracts from over 130 Beatles songs.

How George Martin Changed the World

One thought on “Beatles Producer George Martin dies at 90”