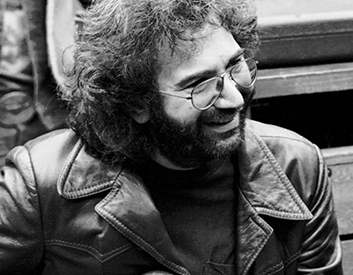 “It has the sprawl and generosity of a good Dead show, yet there’s nothing indulgent about it – it’s an ardent piece of documentary classicism…. Deadheads will drink it in and debate it, poring over every detail it works in and leaves out, yet the ultimate recommendation I can give the movie is this: I’m one of those people who can’t stand the Grateful Dead… yet I found Long Strange Trip enthralling. For the first time, it made me see, and feel, and understand the slovenly glory of what they were up to.”    – Owen Gleiberman, Variety

Following its world premiere at Sundance in January, Long Strange Trip, the Grateful Dead documentary directed by Amir Bar-Lev and executive produced by Martin Scorcese, was shown Friday night in Durham, the first of 2 screenings at this year’s Full Frame Documentary Film Festival.  The second Full Frame screening is Sunday (04/09) at 1:30p at the Carolina Theatre (Cinema One).

Running 4 hours, the film was shown in two segments with an intermission.  During pre-film remarks, Director Bar-Lev mentioned that the filmmakers were provided multi-track audio recordings, allowing them to mix the soundtrack to take full advantage of modern theater sound systems.  Cinema One’s intimate size (226 seats) and multi-speaker system showcased that effort.  The film is a success on every level – technically, historically, musically and on an emotional, personal level.

Long Strange Trip will have a limited theatrical release starting May 25, and a soundtrack album will be released the same day.  The film will be available for viewing (in six parts) on Amazon Prime Video starting June 2.  If you have the chance to see it in a theater, it’s worth the effort.

The Dark Side of the Grateful Dead: Inside New ‘Long Strange Trip’ Doc (RS)