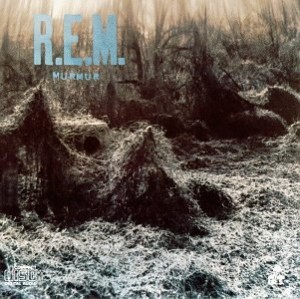 What is it about years ending with “3”?  Rolling Stone says that 2013 “had more great music going on than any year in recent memory.”  Tuesday I looked back at 1973.  Today I’m considering 1983, another year which stands out for containing some of the most interesting, enjoyable and/or important work from musicians of that period.  I include a few albums with 1982 release dates which had a significant impact in 1983.  For a complete list of 1983 releases click here.

Thriller  –  Michael Jackson  –  Nov 30, 1982
The best-selling album of all time and winner of a record-breaking eight Grammy Awards in 1984, it was one of the first to use music videos as a successful promotional tool.  A year after the album’s release, Time summed up the three main singles from the album, saying, “The pulse of America and much of the rest of the world moves irregularly, beating in time to the tough strut of ‘Billie Jean’, the asphalt aria of ‘Beat It’, the supremely cool chills of ‘Thriller’.”

Synchronicity  –  The Police  –  June 1, 1983
Along with Thriller, this was ubiquitous in the summer of 1983, and propelled The Police, particularly Sting, to superstardom.  “Every Breath You Take” won 2 Grammys, and was nominated for a third, in 1984 – in 2010, it was estimated to generate between a quarter and a third of Sting’s music publishing income.

Money and Cigarettes  –  Eric Clapton  –   Feb 1, 1983
Clapton’s most under-rated album.  He chose the name “because that’s all I saw myself having left” after his first rehabilitation from alcoholism.  Newly focused and having written a batch of new songs, he fired his longtime band, with the exception of second guitarist Albert Lee, replacing them with Stax Records veteran bassist Donald “Duck” Dunn and Muscle Shoals drummer Roger Hawkins, and brought in guest guitarist Ry Cooder.

Night and Day  –  Joe Jackson  –  June 1982
Jackson blew the roof off Duke’s Page Auditorium 11/30/82 on the Night and Day tour, at a concert booked before the album became a hit.  The song “T.V. Age” seems even more relevant today, both lyrically (see below) & musically.
Music written by Jackson for the soundtrack to the movie Mike’s Murder was released in September 1983.

Nebraska  –  Bruce Springsteen  –  Sept 30, 1982
From the time I first heard it, this was, and remains, my favorite Springsteen album.  Remarkably, most of the tracks (intended as demos) were recorded in one day with a 4-track cassette recorder in Springsteen’s Colt’s Neck, NJ bedroom.

Times must change –
(this ain’t the stone age, we don’t have rocks in our heads)
What’s so strange –
(we don’t work no more, so why get out of bed)